Jorge de la Torre (artistically known as Torre) is one of the most promising artists to debut on the sculptural art scene since the turn of the 21st Century. Torre possesses just seven years of hands-on sculpture experience enhanced by a lifetime dedicated to the pursuance of creative art. His determination, witty intelligence and artisanal dexterity have enabled him to produce a body of work that is both technically impressive and spiritually moving.

Born in Sonora, Mexico, Torre moved to the United States, spending his formative years in southern Arizona before receiving U.S. citizenship at the age of 21. Although talented with a variety of artistic gifts at an early age including woodworking, painting and music, Jorge originally chose to pursue a professional career in engineering over art due to the obvious financial security it offered him.

Torre attended Arizona State University (ASU) and earned a Bachelor’s degree in computer systems engineering. After working successfully in the field for ten years as a software engineer for global aerospace and defense corporation General Dynamics and a software build/release engineer for Pearson, Torre made the bold move to leave engineering in search of a more fulfilling career in the arts.

At first, Torre invested his efforts as a craftsman, mastering the art of custom carpentry. This prompted him to open De La Torre Design, a bespoke woodworking firm relying on Torre’s artistic ability and problem solving skills to specialize in the design, build and installation of high quality custom wood furniture.

Simultaneously, at the suggestion of his wife Rebecca, Torre learned to play the bass guitar under the tutelage of jazz all-star Dwight Kilian. Shortly after he picked up the bass guitar for the first time, Torre began to play music professionally with established jazz and pop bands throughout Arizona. Between his budding carpentry business and music career, Torre began to diversify his artistic range and discovered sculpture as the perfect expressive medium that appealed directly to his need to create with his hands. 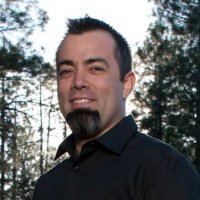 Sharing in Torre’s passion for sculptural art, contemporary artist Taun, a close friend to Torre, suggested he attend a master class with renowned sculptor and artist Philippe Faraut. To prepare himself for the rigor of Faraut’s training, Torre unintentionally began his first masterpiece 500 Faces. Initially wanting the practice of sculpting just a few faces and heads of various expressions and features, Torre quickly saw the significant progress he made through the committed repetition of forming each face. This is how the initial goal of 50 faces grew to 100 and eventually became the one thousand faces he now plans to complete by mid-2019.

A similar fate of accidental opportunity came about when Torre sculpted his newest and most electrifying bronze masterwork Rushmore, utilizing the coveted lost-wax casting process. Torre was asked by a Rush fan and good friend to sculpt the faces of Rush band members Geddy Lee, Alex Lifeson and Neil Peart. As a tribute to the resolve and grandeur of respect that fans worldwide express for Rush’s legendary music art, Torre mounted the completed faces in a sculptural depiction similar to the U.S. national monument Mt. Rushmore, hence the name of the completed piece, Rushmore.

In addition to 500 Faces and Rushmore, Torre continues the exciting journey of discovering and building his body of sculptural work. His current artistic inspirations include Philippe Faurat, Javier Marín, Taun and Johnson Tsang. When he is not creating art at his workshop, you can find him at home with Rebecca, his wife, and Emma, their beloved dog. He always appreciates hearing from those who share his passion for art and welcomes you to experience more of his art at www.jorgedelatorreart.com.